I have been watching the protests, the reports of the violence and I am heartbroken and angry all at once. I am ashamed of white people who have profited from the abuse and suppression of Black lives, and all persons of color who seem to think that creating chaos and violence will make people of color submit to their will. I want to see them severely punished for disrupting peaceful demonstrations held in the memory of lives abused, oppressed, marginalized.

But I too am white, and I have benefited from my privilege as a white person. Whether or not I have directly done anything, at some level I AM also responsible for marginalizing, abusing, and oppressing blacks and other peoples of color.

Whenever I have been silent in the face of abuse, walked on the other side of the street in fear, or purchased products at “reasonable rates” I have contributed to the culture of racism. I can claim I had no choice in how others are treated. I can claim that I am afraid of somone in a black skin. I can say at least those who make my clothes have a job, or it’s not my business, but that is just to make me feel better. It does nothing to change the cultural systems that perpetrate them.

For thousands of years, communities have allowed so called leaders to dominate, abuse, and, in most cases, enslave them, all in the name of community safety. When communities began to resist that enslavement, they turned to the communities around them. When white populations resisted systematic oppression, those rulers turned to Africa and the indigenous populations. They destroyed communities as old and culturally advanced as Europe’s and after the destruction lying that they never existed. Racism was created only because white leaders, and their willing communities, wanted cheap labor, and someone to feel superior to.

My black friends are different from me only in their passions, there interests, there desire to do things in ways different from me. What they do differently complements what I do, that is why we are community. My black, brown, yellow sisters and brothers are not objects for ridicule, abuse, or enslavement, rather they are kind, compassionate, loving, merciful, peaceful, intelligent, amazing people who I am proud to call friends.

I apologize to all my friends, Blacks and persons of color, if I have ever, ever, been less than respectful of your humanity. I hope you will forgive me for my stupidity and I will, I am, trying very hard to be a better defender and ally for you in your struggle to end the injustices being perpetrated today, and right the injustices of the last 4 hundred years. All I ask for is your forgiveness.

A new year has begun and I am not sure what it will bring. Usually I have a sense of new beginnings, or I have excited expectations and hope as I pick up from where I left off and start over again. Not this year though. There has been too much acrimony, too much hate, too many lies, too much racism, and too little justice, mercy, kindness, and peace for me to look forward to the coming year. Sad really, because it seems 2017 is already defeated before it is a week old. I am afraid 2017 will just be a year of more hateful speech, more injustice, more discrimination, and more violence.

There is no one person to blame, we all are responsible for the atmosphere of distrust and hate we see every day, in the news, from our politicians, from our neighbors. Let me make this clear, you and I are to blame from the people who fear the changes created in the last 30 years. We forgot that people might not understand, might not be willing to accept those changes. We assumed they would go along “when the discovered how much better they had it.” But they didn’t. No, they felt left out of the process, unasked, and left behind, and they felt their concerns and issues weren’t being addressed.

Yes, they could have become involved and worked with those of us who believed we were working to better the lives of everyone, and the environment. But somehow, they didn’t feel as if they could. Maybe they didn’t believe as we did, maybe they needed to be given more information, maybe they just needed more time to assimilate all the information being thrown at them. Whatever the reason some people became alienated and open to manipulation by those whose agenda is to turn back the clock to a time when only the few profited from the bounty of this country.

Maybe the reason for the divide is that those of us who want to see us progress broke into interest groups who fought over what issue was most important when, in reality, all of it is. No one has ever bothered to look at the larger picture. To try developing a program that would have given equal emphasis to each issue. To bring together the disparate interest groups formulate a policy that would have benefited each area of interest. The modernization of each issue, environment, inclusivity, racism, woman’s rights, children’s right, poverty, immigration, all of them, each is dependent on the other.

What do we do now that we have a president whose only interest is his own personal gain, a congress dominated by old white men bent on preserving white privilege, and the hate and racism propagated during the last eight years by has let loose violence and terror in our communities. Well, to start we work together, all interest groups working together to keep what has been achieved from being lost. Our job now is to stand up when we see abuse or harassment and protect the victims, stopping hate speech when we hear it, and working to prevent injustice wherever we see it. None of this is easy. It isn’t easy to do and it isn’t easy to work up the courage to take a stand. But that is what we are called to do.

I am a person of faith, and 2016 sorely tested that faith. Yet I still believe in what I was taught that we are to act justly and to love kindness, mercy, and compassion. We as a people of many faiths and beliefs are called to care for the disinherited, the lost, the incarcerated, elderly, young, and the stranger. That doesn’t change even though it has become much more difficult at the moment. History moves in many ways and we repeat our mistakes over and over again. We have the possibility to achieve great heights or astounding lows. The choice is ours. Do we repeat history or do we show that we can change history. 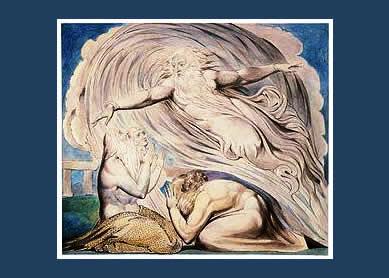 “Therefore I despise myself,
and repent in dust and ashes.”
Job: 42:6

“You desire truth in the inward being;
therefore teach me wisdom in my secret heart.”
Psalm 51:6

Tomorrow is Ash Wednesday and the beginning of Lent.  Growing up in the Christian Church (Disciples of Christ) tradition I knew about Ash Wednesday but the community I worshiped in didn’t celebrate it.  It wasn’t until I was an adult, and living in California, that I really understood that having a smudge of ashes on my forehead meant repentance.  Repentance is not just saying sorry, it means examining my past behavior and then changing what I do in the world, turning my actions around to behave as the faithful follower of Jesus I wish to be. And unless I begin the process of change, or at least try to repent, I have not truthfully repented.  Because repentance is a spiritual practice God knows  I will stumble and have to start all over again.  Failing isn’t seen as failure, but as one more step in changing from the old me to the new me.

In today’s world people blithely say they are giving something up for Lent. Often it is some type of food, drink, or action, such as weight loss or smoking none of which really affect our lives and like New Year’s resolution never keep.  That is not what the repentance of Ash Wednesday or the time of Lent is.  No, it means looking closely at what we do every day and then vowing to the Holy Spirit to change some aspect of our life to fit more closely with the teachings of Jesus.  To do that is a truly meaningful act of fasting and repentance; also a very difficult one.  But remember failing to keep your promise is only failure if you don’t start over right where you left your fasting path.

So the spiritual practice for this week is to prayerfully look at your life and what you do every day.  Is there something in need of changing?  Is there something you could do better, or begin to do, which would bring new meaning to your life?  Then, for your Ash Wednesday statement of repentance, choose to promise God you will repent and change; then practice changing your actions for Lent.  Don’t feel discouraged if it is difficult and you have trouble getting started, just keep trying and taking your discouragement to God in your prayer practice.  After all there is a reason it’s called a “practice.”

May your Lenten meditations and fasting bring joyful changes into your life.