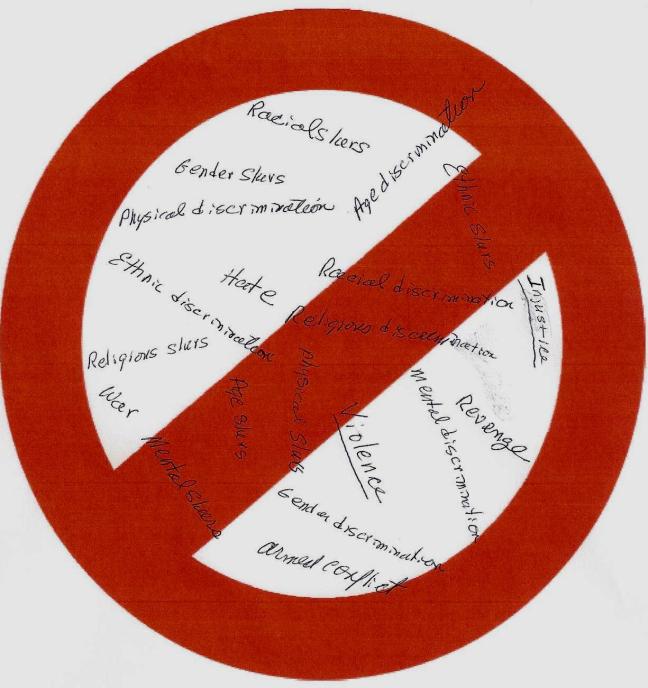 We are all Homo Sapiens sapiens but we will never be Human Beings until we stop just surviving and begin to live in harmony with each other and all creation.

I have been trying to comprehend the shootings in South Carolina at the First Emanuel AME Church.  Just as the acts in other mass shootings I simply can’t get my mind around a hatred that produces such evil.  I have listened to the prayers for comfort and supplication.  I have listened, unwillingly, to the NRA and other public speakers who blame the church pastor and members, or minimize the acts of the shooter.  I can’t, or won’t, believe that 9 innocent people were the cause nor can I believe the shooter acted without encouragement.

You see, I believe we, you and I,  are to blame for what happened in South Carolina.  You and I, and everyone else regardless of skin color, privilege, ethnicity, or any other cultural classification are equally responsible for pulling the trigger and this is why I believe this.

We refuse to stand against acts of injustice, violence, discrimination, or the use of degrading speech.  We listen politely and shake our heads and tell ourselves that offering a prayer that people will change is enough.  We are afraid of what others might say about us if we stop someone in mid speech and tell them NO, I will not listen to this.  We look the other way when someone abuses another.  We tolerate public servants who degrade people of color, are poor, elderly, or have a religion they don’t follow.  We have tolerated public servants who have spoken as if they are the only ones who matter, who have verbally abused our President and anyone else they disagree with or disagree with them.

We have created this atmosphere of hate and violence found in country today.  Yes, I admit I am right there along with the rest of us.  Have I stood up and defended someone being abused, sometimes yes but not always.  I do it when it is convenient for me and that is not what we are called to do.  We, you and I, are called by the Divine to be better than that.

This week I am recommending a spiritual practice of standing up and defending the voiceless.  I am asking each of you to speak up when you hear someone abusing or degrading someone else.  I am pleading with each of you to stand and be counted when you see injustice happening.  As you go through this week remember this:

“8 But he’s already made it plain how to live, what to do,
what God is looking for in men and women.
It’s quite simple: Do what is fair and just to your neighbor,
be compassionate and loyal in your love,
And don’t take yourself too seriously—
take God seriously.” Micah 6:8 The Message (MSG)