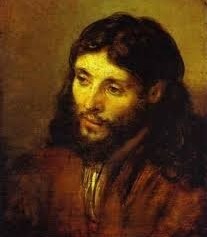 I am a follower of Jesus, the Carpenter

After posting on social media that I was not a Christian but a follower of Jesus the Carpenter I received the above three questions from people who are curious about what I do believe, so this is an answer, sort of.  I say sort of because all of this is still fermenting in my soul, so, there is still much for me to learn.  However, I now, firmly, believe that I am no longer a Christian, I am becoming something new. Well not really new, but new to me and to many I know.  See this is complicated, which means it’s hard to define, but allows for much emotion, and feelings.  So here is my explanation.

One of the first things I struggled with was the idea of the virgin birth. I grew up a farm kid and I learned the story of the ‘birds and the bees’ by the time I was 5. I knew you had to have a male and a female to get a baby and I knew where those babies came from.  Unfortunately, when I asked about Mary and Jesus, I was told God was the father.  I remember being hushed up at church when I asked the minister if God had sperm during a children’s sermon.  As an adult biologist I understood the concept of parthenogenesis, which is a form of procreation some invertebrates, and some plants, utilize.  By the way it usually only produces female offspring. So, the struggle with the idea of Mary birthing Jesus is an old struggle.

Still I continued to ask questions.  If Jesus’ was so important why don’t we follow what he taught? Why aren’t the parables more important than the resurrection?  Why is Paul so important when it was Jesus we should be talking about?  Did I get answers? No, I did not!  I was told I wouldn’t understand.  Yeah right.

It wasn’t until I started Theological School did I begin to get answers and found other Theologians who were asking the same questions and looking for all of the answers I wanted. It was in class discussions and discussions with professors that I finally began to discover what I had been looking for.  I began to realize that for at least 1800 years we have been misled by people with an agenda that wasn’t Jesus’s and that made me angry. I learned that Christianity is an imperial religion created in the 2nd and 3rd century. It is based on a misinterpretation of Paul and the mythologizing of the Resurrection by Greek Gentiles whose vision of God was based on their own cultural understanding of gods.

When a professor, thank you so much Dr. Cunningham, introduced me to the Westar Institute home of the Jesus Seminar I discovered people who were like me, searching, but they were also finding the answers I wanted. They were having real discussions about the real Jesus and offering anyone who was curious the means to understand the human Jesus, the teacher Jesus who taught a way of life not dogma.

Jesus as a real human was an amazing teacher and he taught in real time. His story has been lost, let’s say misplaced, by those who were enthralled by the story of the resurrection and thereby created him as a God. Jesus’ story, his historical story, is what is important and it was the story told by his 1st century followers.

The story of the Resurrection was hijacked by Constantine who used it to create his own imperial state religion and therefore control his empire. That empire needed a scapegoat for many of its failings. Christianity, a religion based on the Resurrection not on Jesus’ teaching, filled that bill. The Christian religion was used to demonize the Jewish people.

Over the years I have studied both the Hebrew Bible and the New Testament and have found that it is the teaching of Jesus, and his scripture the Hebrew bible, where I have found my true faith. The dogmatic teaching that Jesus must be God has bothered me and I am now rejecting it. In the last 10 years I have been reading and studying more theologians from the Jesus Seminar who searched for the Historical Jesus and discovered an understanding of scripture I can sink my teeth into. It was in the material by Drs. Brandon Scott and John Dominic Crossan that I discovered the real Jesus who I can follow. Using first century material they delved into the parables and other teachings and, for me at least, have revealed the message that has been forgotten, or ignored.

Do I want to destroy Christianity? Well no, there is much that is good with it. I wouldn’t want to ‘throw the baby out with the bath water.” But I would take what is good, keep that and dump the rest. I want the real teaching of Jesus brought back into the forefront of our hearts and minds and lived as they should be.

Why is this distinction so important?  Well the name ‘Christian’ has for too long been used to justify everything Jesus would have despised.  People who have called, and still call, themselves Christian have used their membership in this imperial cult to justify slavery, keep women as chattel, overthrow governments, genocide, control populations, etc. For 1800 years people have bought a story that is only partly true, and it was used to keep them compliant for their rulers.  Too many wars have been fought, too many people have died, been tortured, and kept in poverty because they followed a “Christian” ruler.  So, yes understanding the difference between a ‘Christian’ and a follower of Jesus is important.

If the faith and teachings of Jesus are to survive then we must change our world vision of Jesus and his followers. We must, and I do mean must, dump the imperial, dogmatic belief that Jesus must be divine for us to believe in him. We need to hear his real story and teachings for what they are, a way of life that can change us as humans.

I don’t know if what I have said makes sense for you, but maybe it will open a pathway to discussions.

Image: Rembrandt workshop, The Head of Christ, 1600. Model believed to be a Sephardic Jew